The notebook is better viewed rendered as slides. You can convert it to slides and view them by:

This and other related IPython notebooks can be found at the course github repository:

Given a set of cities, and the distances between each pair of cities, find a tour of the cities with the minimum total distance. A tour means you start at one city, visit every other city exactly once, and then return to the starting city.

The vocabulary of the problem:¶

We are doing this demonstration as an IPython notebook. Therefore, we need to perform some initialization.

Generate all the possible tours of the cities, and choose the shortest one (the tour with the minimum total distance).

We can implement this as the Python function exact_TSP (TSP is the standard abbreviation for Traveling Salesperson Problem, and "exact" means that it finds the shortest tour, exactly, not just an approximation to the shortest tour). Here's the design philosophy we will use:

Write Python code that closely mirrors the English description of the algorithm. This will probably require some auxilliary functions and data structures; just assume we will be able to define them as well, using the same design philosophy.

Note 1: We have not yet defined the function total_distance, nor alltours.

Note 2: In Python min(collection,key=function) means to find the element x that is a member of collection such that function(x) is minimized. So shortest finds the tour whose total_distance in the minimal among the tours. So our Python code implements (and closely mimics) our English description of the algorithm. Now we need to define what a tour is, and how to measure total distance.

Now for the notion of distance. We define total_distance(tour) as the sum of the distances between consecutive cities in the tour; that part is shown below and is easy (with one Python-specific trick: when i is 0, then distance(tour[0], tour[-1]) gives us the wrap-around distance between the first and last cities, because tour[-1] is the last element of tour).

How will we represent a two-dimensional point? Here are some choices, with their pros and cons:

From possible alternatives Peter chose to go with complex numbers:

A cool thing is to be able to plot a tour

We are ready to test our algorithm

The permutation (1, 2, 3) represents the tour that goes from 1 to 2 to 3 and back to 1. You may have noticed that there aren't really six different tours of three cities: the cities 1, 2, and 3 form a triangle; any tour must connect the three points of the triangle; and there are really only two ways to do this: clockwise or counterclockwise. In general, with $n$ cities, there are $n!$ (that is, $n$ factorial) permutations, but only $(n-1)!$, tours that are distinct: the tours 123, 231, and 312 are three ways of representing the same tour.

So we can make our TSP program $n$ times faster by never considering redundant tours. Arbitrarily, we will say that all tours must start with the "first" city in the set of cities. We don't have to change the definition of TSP—just by making alltours return only nonredundant tours, the whole program gets faster.

(While we're at it, we'll make tours be represented as lists, rather than the tuples that are returned by permutations. It doesn't matter now, but later on we will want to represent partial tours, to which we will want to append cities one by one; that can only be done to lists, not tuples.)

It takes a few seconds on my machine to solve this problem. In general, the function exact_non_redundant_TSP() looks at $(n-1)!$ tours for an $n$-city problem, and each tour has $n$ cities, so the time for $n$ cities should be roughly proportional to $n!$. This means that the time grows rapidly with the number of cities; we'd need longer than the age of the Universe to run exact_non_redundant_TSP() on just 24 cities:

There must be a better way... or at least we need to look for it until quantum computing comes around.

We will consider several approximate algorithms, which find tours that are usually within 10 or 20% of the shortest possible and can handle thousands of cities in a few seconds.

Here is our first approximate algorithm:

Start at any city; at each step extend the tour by moving from the previous city to its nearest neighbor that has not yet been visited.

This is called a greedy algorithm, because it greedily takes what looks best in the short term (the nearest neighbor) even when that won't always be the best in the long term.

To implement the algorithm I need to represent all the noun phrases in the English description:

Once these are initialized, we repeatedly find the nearest unvisited neighbor, C, and add it to the tour and remove it from unvisited.

(In Python, as in the formal mathematical theory of computability, lambda is the symbol for function, so "lambda x: distance(x, A)" means the function of x that computes the distance from x to the city A. The name lambda comes from the Greek letter λ.)

We can compare the fast approximate greedy_TSP algorithm to the slow exact_TSP algorithm on a small map, as shown below. (If you have this page in a IPython notebook you can repeatedly run the cell, and see how the algorithms compare. Cities(9) will return a different set of cities each time. I ran it 20 times, and only once did the greedy algorithm find the optimal solution, but half the time it was within 10% of optimal, and it was never more than 25% worse than optimal.)

A thought on computational complexity¶

Check out Peter Norvig's IPython notebook on the traveling salesperson problem on more alternatives for the TSP.¶

We will be using the DEAP library to code this tackle this problem using a genetic algorithm. 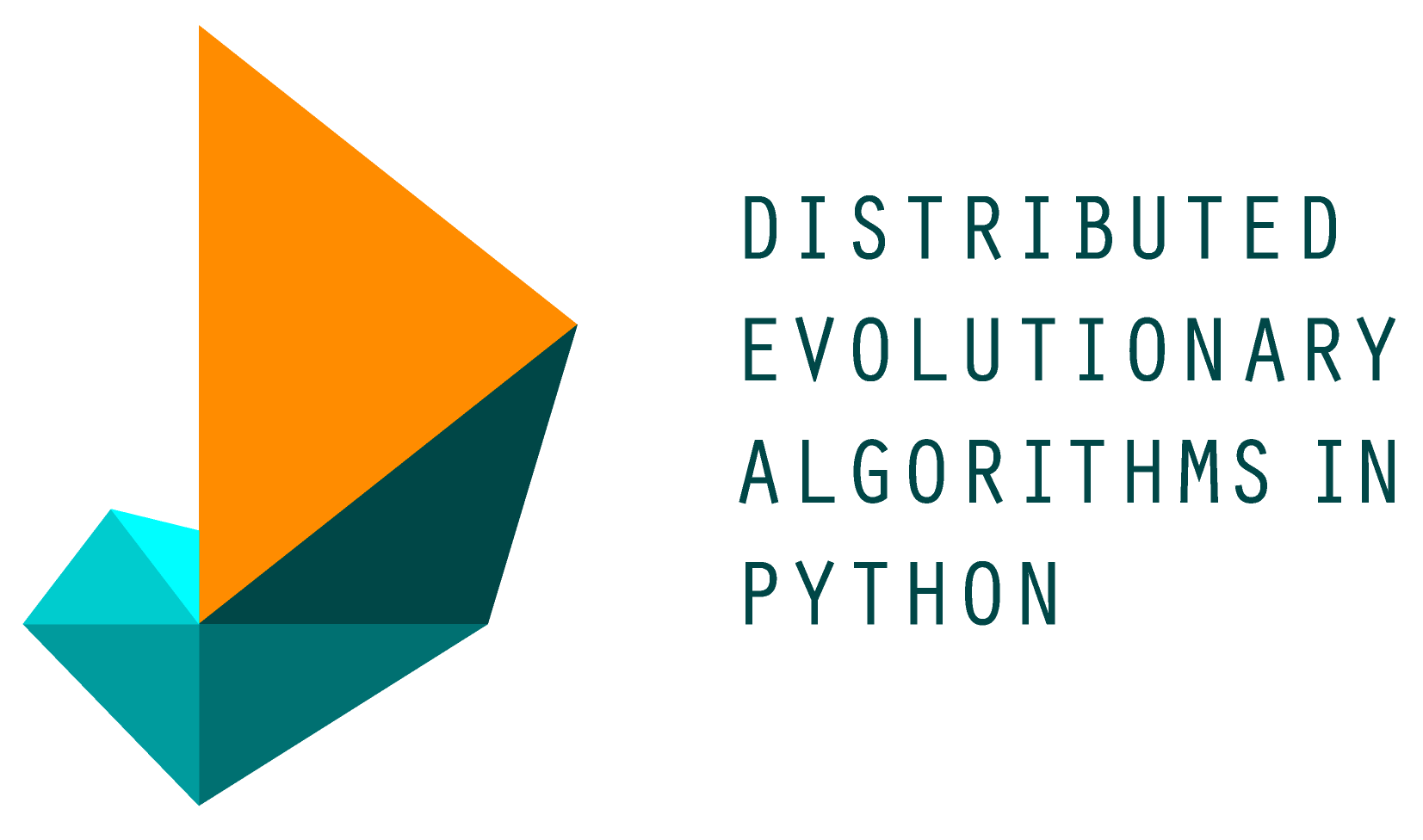 Elements to take into account solving problems with genetic algorithms¶

Hence a 'general' evolutionary algorithm can be described as¶

Some preliminaries for the experiment¶

We will carry out our tests with a 30-cities problem.

The toolbox stored the setup of the algorithm. It describes the different elements to take into account.

Defining the crossover and mutation operators can be a challenging task.

There are various crossover operators that have been devised to deal with ordered individuals like ours.

Evaluation can be easily defined from the total_distance() definition.

We will employ tournament selection with size 3.

Lets' run the algorithm with a population of 100 individuals and 400 generations.

We can now review the results¶

The best individual of the last population:

It is interesting to assess how the fitness of the population changed as the evolution process took place.

We can prepare an deap.tools.Statistics instance to specify what data to collect.

We are all set now but lets run again the genetic algorithm configured to collect the statistics that we want to gather:

How has the population evolved?¶

Ok, but how the population evolved? As TSP solutions are easy to visualize, we can plot the individuals of each population the evolution progressed. We need a new Statistics instance prepared for that.

Note: I am aware that this could be done in a more efficient way.

Plotting the individuals and their fitness (color-coded)¶