How Close is the 2020 U.S. Presidential Election Race?¶

We see the latest poll updates and understand polling averages, but 2016 jaded many of us in terms of trusting poll numbers. We can use weighted poll averages based upon the quality of the poll conducted and monte carlo simulations to provide candidate probabilities for each state. 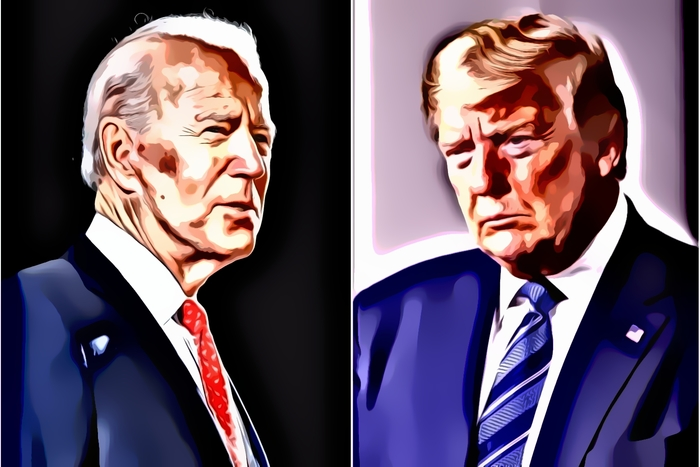 If we look at all the states where a candidate has at least a 50% probability without any undecided voters, we get our first benchmark for the state of the race.

You may have noticed that the total does not add up to 538, the total votes in the Electoral College. That is because we are only looking at states where one candidate has at least a 50% majority.

But we have to consider what happened in 2016¶

Undecided voters swayed election results in states where one candidate did not have a 50% or higher majority. When we add ALL undecided votes to Trump, we get new probabilities for each state.

Polls and simple corrections to polls give us two different outcomes. This is our first clear indication that the race is far closer and more complex than it may initially appear.

How the undecided vote can determine the winner¶

On election day, the votes for each candidate will add up to 100%. When polls do not have a candidate with a majority of the votes, then the candidate "winning" the race is not necessarily in the lead.

We can illustrate this scenario by examining a simple pie chart.

On election day, the majority of undecided voters in polling voted for one candidate.

This is the outcome we saw in 2016 in several states that ultimately determined the winner of the election.

The most mathematically unbiased method is to randomly distribute undecided voters to each candidate.

A random number generator will pick a value between .01 and .99.

For the polling results, we will use normal distribution to randomly choose the number of votes cast for each candidate using the weighted polling as the average assuming a 3 percent margin of error.

The undecided votes will then be added to the the polling results and the candidate with the highest number of votes will win that state.

That looks like a landslide. Is anyone else getting that result?¶

Yes. At the time of creation, The Economist had the same forecast 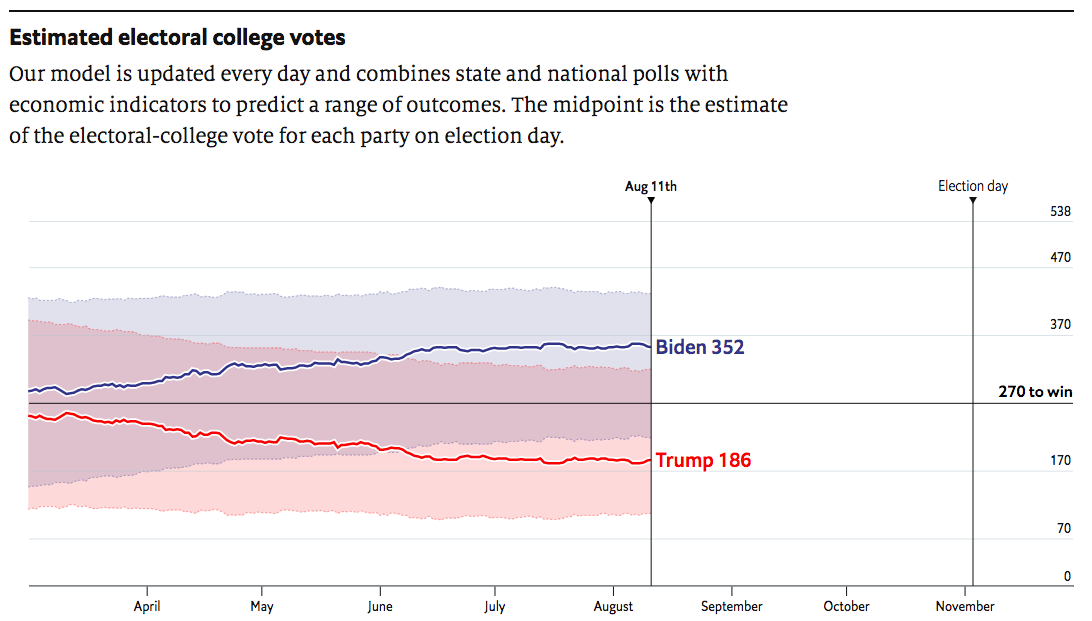 "But we have to consider what happened in 2016"¶

I hear this all the time and I agree.

Even if forecast models are constructed in a manner that worked for other elections in the past, there is a prevailing sense that the 2016 polling errors can or will occur again in 2020.

To answer this concern, we will identify the 2020 battleground states and recreate the 2016 polling error.

Battleground States According to the Cook Political Report¶

States labeled as toss up and leaning will be considered battleground states.

Factoring in what we witnessed for the 2016 election¶

States that were Lean Dem and Toss Up in 2016 had undecided voters overwhelming vote for Trump.

To replicate this, we will use our all undecided votes for Trump probabilities for these states unless Biden is polling over 50% in a Lean Dem state.

The adjusted poll-based probabilities align with some qualitative assessments while making other states more competitive.¶

If all undecided voters go for Trump in battleground states¶